Philosopher and polemicist John Gray has a lengthy piece in the Guardian titled “What Scares The New Atheists” which in his usual straw manning style attempts to argue against his own cartoonish concept of secular humanism. 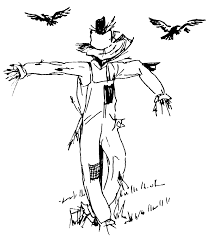 "The belief that the human species is a moral agent struggling to realise its inherent possibilities – the narrative of redemption that sustains secular humanists everywhere – is a hollowed-out version of a theistic myth. The idea that the human species is striving to achieve any purpose or goal – a universal state of freedom or justice, say – presupposes a pre-Darwinian, teleological way of thinking that has no place in science."

I am certain that Dawkins, arch new atheist and author of the selfish gene, is under no such illusion and neither am I. Humans are moral agents in the sense that we make judgments about good and evil, right and wrong, but we are not striving towards a pre-conceived or pre-ordained evolutionary goal. What humanists do say, in contrast with the monotheisms, is that humanity is not fallen and in need of salvation but rather as an evolved pro-social species we have the resources and disposition to collectively improve our own wellbeing.

Gray, like many New Atheist bashers, also misses the point about our beef with religion.


"Though not all human beings may attach great importance to them, every society contains practices that are recognisably religious. Why should religion be universal in this way? For atheist missionaries this is a decidedly awkward question. Invariably they claim to be followers of Darwin. Yet they never ask what evolutionary function this species-wide phenomenon serves. There is an irresolvable contradiction between viewing religion naturalistically – as a human adaptation to living in the world – and condemning it as a tissue of error and illusion. What if the upshot of scientific inquiry is that a need for illusion is built into in the human mind? If religions are natural for humans and give value to their lives, why spend your life trying to persuade others to give them up?"

Apart from the fact that both Daniel Dennett and Richard Dawkins have speculated endlessly about the evolutionary utility of religion and both concede it may have or have had survival value the target for criticism is rarely private faith. New Atheism was spawned for Sam Harris by 9/11 and for Dawkins by the rise of creationism in the U.S and it is the indulgence of religious thinking in the public and political sphere that is the objection. It is true that arguing for secularism and a scientifically informed public policy comes with collateral damage to the privately religious if they cannot live with the resulting cognitive dissonance but this is surely not a new experience for them and the determinedly faithful will continue to be faithful whatever.


"The conviction that tyranny and persecution are aberrations in human affairs is at the heart of the liberal philosophy that prevails today. But this conviction is supported by faith more than evidence. Throughout history there have been large numbers who have been happy to relinquish their freedom as long as those they hate – gay people, Jews, immigrants and other minorities, for example – are deprived of freedom as well. Many have been ready to support tyranny and oppression. Billions of human beings have been hostile to liberal values, and there is no reason for thinking matters will be any different in future."

Here at least he is not wrong in his characterisation of humanist thought as most of us do believe that liberal values should prevail which is why we agitate for evidence based thinking and maintain that religious intolerance is irrational. Humanist’s belief that liberal values are worth promoting and arguing for is as integral to our philosophy as homophobia is to a Westboro Baptist and far from thinking success is inevitable we are more than aware of the conflict we face. Stephen Pinker gives some cause for optimism in his well-researched and quantified book The Better Angels of Our Nature in which he charts quite convincingly a general declining trend in conflict and intolerance over millennia of history but even he doesn’t make a teleological case for this continuing without concerted effort.
In fact Gray unintentionally makes the point himself.


"This is, in fact, the quintessential illusion of the ruling liberalism: the belief that all human beings are born freedom-loving and peaceful and become anything else only as a result of oppressive conditioning. But there is no hidden liberal struggling to escape from within the killers of the Islamic State and Boko Haram, any more than there was in the torturers who served the Pol Pot regime. To be sure, these are extreme cases. But in the larger sweep of history, faith-based violence and persecution, secular and religious, are hardly uncommon – and they have been widely supported. It is peaceful coexistence and the practice of toleration that are exceptional."

Ignoring the first sentence where once again he is attacking a construct of his own imagination the fact that totalitarian ideologies emerge both politically and religiously to supress liberalism is what the culture wars are all about. Of course some people will always think they know better how others should live their lives and nobody thinks they know this better than the religious.
The claim is also made that despite the efforts of secularists religiosity is, in many places, on the rise but I suspect this is cause and effect. As secularism, particularly in the west, has become accepted by liberal religion the faithful at the extremes have become marginalised and much of what we are seeing is a backlash. The fundamentalists are more vocal, more visible and sometimes more violent than previously because their worldview is no longer passively accepted even by the moderates of their own faith. Whether this is a tide that can be turned is debateable but for those of us who do not want to live in theocracies it is worth the attempt.
Yes, humanism has its origins in theism, or at any rate in post enlightenment deism, but that is not where it lives today. Humanism, which incidentally is not as synonymous with the new atheists as Gray would have it, is a secular scientifically literate philosophy with ethical principles founded in a deeply pragmatic utilitarianism. It is no longer concerned with human exceptionalism - we know our evolutionary place better than most – and in fact humanism actively fights attempts by the church to reclaim the term “Christian humanism” since it is contrary to the modern movement entirely. It is entirely possible I suppose that some future scientific discovery could make racism, anti-Semitism, homophobia and misogyny intellectually justifiable, but frankly I doubt it. Science has no moral arc but facts, at least when viewed through the lens of utilitarianism, do have a liberal bias.

So to Gray’s parting shot


"More than anything else, our unbelievers seek relief from the panic that grips them when they realise their values are rejected by much of humankind. What today’s freethinkers want is freedom from doubt, and the prevailing version of atheism is well suited to give it to them."

One can only assume that he is unaware of the dangers that humanists, secularists and liberals are subjecting themselves to in theocracies around the world. They are being assassinated or arrested, flogged and executed merely for promoting the idea that all people should be treated equally against the prevailing religious dogmas. Even if we would like to think that a liberal view of moral progress is inevitable we know it isn’t. But it’s a rational goal for those who, like Gray himself, understand that “Considering the alternatives that are on offer, liberal societies are well worth defending” and surely, if they’re worth defending they are worth expanding.
Posted by Steve Bowen on Tuesday, March 03, 2015 No comments: