How to lie with statistics the CofE way.

Well I suppose a charitable interpretation would be that the Church of England doesn’t know a loaded question when it sees one or that it has a poor grasp of statistics, but at least someone in that vast Oxbridge educated hierarchy must have learnt something vaguely scientific in their lifetime. Which leads me to conclude that this headline claiming that 4 out of 5 people in Britain believe in the power of prayer is intended to be wilfully misleading.
The question asked by an ICM online poll was


""Irrespective of whether you currently pray or not, if you were to pray for something at the moment, what would it be for?”

Now had I been involved in the survey I would probably have answered that I wouldn’t pray for anything as it’s an observable empirical fact that it achieves nothing. However most people would respond to this in the same way as if they were asked what they would buy if they had just won the lottery i.e. suspend disbelief for the fun of it and answer the question as though it were meaningful.
Consequently…

…which is no surprise really but anyone grounded in reality would have to point out that these people do not necessarily expect those prayers to be granted. Furthermore, if 80% of the country really would pray for these things in these proportions, how come there is still war and poverty? surely we have just proved the futility of prayer right there.Such empirical grounding is not evident for the Bishop of St Albans, the Rt Revd Dr Alan Smith, however who said:


"Prayer is one of the most natural and instinctive of human responses, so I am not surprised to see these findings. I come across people on an almost daily basis who want to talk about prayer and how to do it.”

This is equally unsurprising as he’s an Anglican Bishop who mostly meets with people as delusional as he is. If he spent time with others like me he’d be coming across people on a daily basis who wanted to know why he was talking to himself.
And speaking of self-selecting groups, who answers a poll like this anyway, or even knows of its existence? Christians, that’s who, but Christians are not representative of the nation at large.
I understand that the CofE is trying to prove its relevance to an increasingly secular country, but  relying on the general population’s ignorance of maths and stats to lie so egregiously is a poor way of doing it especially since the very people who would call them out on it publically are the very ones who do know enough statistics to notice. Richard Dawkins has already tweeted

For those interested the full results of the survery are here
Posted by Steve Bowen on Wednesday, March 27, 2013 1 comment:

The Catholic Archbishop of Durban, Wilfrid Fox Napier, has said in an interview that paedophilia is a psychological illness and not "a criminal condition". The claim was made on BBC Radio 5 Live where he went on to say… 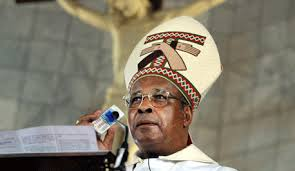 "Don't tell me that those people are criminally responsible like somebody who chooses to do something like that. I don't think you can really take the position and say that person deserves to be punished when he was himself damaged."

…referring to Priests he was aware of that had themselves been abused as children.
Now, I’m going to choose my words carefully as any defense of paedophilia can be seen as abhorrent by some people but in a limited sense I agree with him. Paedophilia is a paraphilia which may have its roots in early childhood abuse or it may simply be part of a range of human sexuality that includes all sorts of deviation (not meant pejoratively) from the heterosexual, age appropriate norms of modern society. However paedophiles have, in common with compulsive rapists, an insurmountable problem when it comes to satisfying their sexuality in that they have no potential consensual partners.
Our society, for good reason, does not consider minors to be emotionally capable of consenting to sex, even with each other let alone with an adult so any paedophile who acts on their desires immediately becomes an abuser. This must be so and must carry the full weight of the law, because there is no way to know how many paedophiles are actually in the general population who need to be deterred from abusing.
Risking making an argument from personal incredulity, I cannot believe there are any paedophiles who do not understand the profound wrongness of grooming and enticing children into sex. Our culture is explicit about this and transgressors get high profile coverage and stiff sentences not to mention the disgust of the population at large. So whilst Cardinal Napier maybe correct that abusers need counseling and therapy or whatever, he is totally off the mark when he suggests it is inappropriate to punish as well.
On one hand the Cardinal is actually espousing a progressive and liberal view of a subset of people many of whom are undoubtedly living their lives in emotional turmoil. On the other hand he appears to be doing so in an effort to exculpate abusive Priests from their moral responsibility for their actions and excuse the Church for aiding and abetting them. This cannot be allowable, and in some respects is precisely the attitude that got the Church into this position in the first place. A celibate priesthood must seem like a godsend (pun intended) to someone whose sexuality will never be socially acceptable, but then he finds himself not only with unfettered access to young children but in an institution that will shield him from the worst consequences of his actions. To suggest that these priests are not morally and criminally responsible on the basis that they couldn’t help it is wrong and dangerous in the extreme.
Posted by Steve Bowen on Monday, March 18, 2013 No comments:

Pssst! Frank, a word in your ear.. 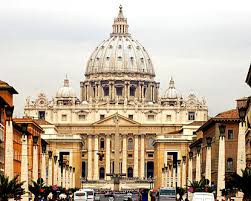 On the off chance that the new pontiff is in the habit of reading obscure atheist blogs I thought I’d take this opportunity early in his career as head of one of the worlds most damaged and damaging institutions to offer him a few words of considered godless opinion on the best way for him to fulfil his brief while doing as little as possible to exacerbate the social evils his Church is currently responsible for.
We already know that former Cardinal Jorge Bergoglio is a theologically conservative Catholic with all the inherent homophobia, misogyny and irrational opposition to reproductive rights that entails. Quotes already abound on the internet about his claims that adoption by homosexuals is a form of “discrimination against children” and that gay marriage is “an attempt to destroy God's plan”. So far, so conventionally Popish. But of course he doesn’t have to make those things a big issue. His views are known and if he has any sense whatsoever he will leave it at that.
Anecdotally the new Pope is a man with the common touch, a concern for the poor and a track record of working for economic equality. He even has a science education having studied chemistry before abandoning rationality and joining the priesthood. His best strategy therefore should be to confine his social advocacy to the things most of us can agree to (Ultra-right-wing sociopaths can stop reading at this point) such as alleviating poverty, providing medical services to the third world etc. He can still go on believing that condoms are the invention of the Devil or that abortion makes baby Jesus cry, he just doesn’t need to make a song and dance about it. If he really is in tune with his flock he will already know that most of them do not agree with the doctrine, so best let them get on with their lives their way.
In consequence he could then use the time he saves by not talking crap about other people’s sex lives to quietly root out the child molesters and their apologists that Ratzinger so singularly failed to do. He could work behind the scenes to clear the Vatican of its self-serving, money hoarding cabal of mafia priests and get the Church to behave as though it really believed half the cherry picked love thy neighbour religiosity it espouses.
As an atheist I don’t really care who the Pope is, or what he believes. But, I do care when a powerful institution tries to impose its twisted morality on people who do not suffer the same delusions. So if Bergoglio lays low and does no evil, that’s fine by me and we can happily ignore each other. The alternative is that we get more of the same crap Ratzinger dished out, in which case I predict the Catholic Church will continue to fade into irrelevance (at least in the west) as the inherent hypocrisy it entails drives what is left of the faithful away.
Posted by Steve Bowen on Thursday, March 14, 2013 No comments: